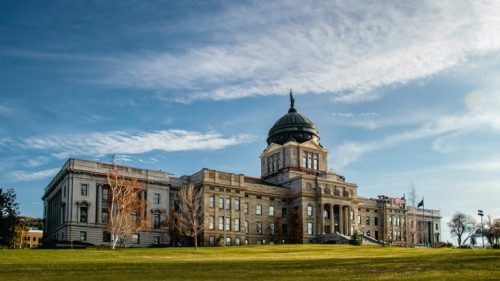 By Jaanvi Kaur and Ankita Joshi

“Today is a good day for the voters of Montana and for the sanctity of the Montana Constitution. This ordinance reaffirms the principle that the right to vote must be preserved for all voters and that laws targeting Native voters cannot be supported by flimsy and unsubstantiated allegations of voter fraud,” said Alex Rate, legal director, ACLU of Montana.

The first law, HB 176, ends Election Day registration, which the Native community has relied on to vote in Montana since 2005.

The second law, HB 530, attempts to block the collection of paid ballots, another critical measure that Indigenous communities rely on.

Both measures are proving problematic due to the fact that Indigenous voters on rural reservations disproportionately rely on the ballot collector service to vote, the ACLU said.

In 2020, a court in Montana faced a similar situation when Western Native Voice vs. Stapleton case, which also severely restricted Native Americans’ access to their ballots, the ACLU explained, adding that the court, after hearing “cold and harsh data” highlighting the detrimental effect the measure would have on the Native American vote, overturned the measure in 2020.

The new lawsuit against HB 176 and HB 530 has as plaintiffs Western Native Voice and Montana Native Vote, both of which are Native American-led organizations whose primary goal is to increase civic participation in the Native American community.

In response to the presentation of the two new laws proposed by the state, many activists voiced support for the ruling against HB 176 and HB 530.

“The court correctly found that these laws likely violated numerous provisions of the Montana Constitution, including the right to vote, equal protection, free speech, and due process. It is an important victory. Montana politicians have once again tried and failed to undermine Native American voters,” added Alora Thomas-Lundborg, senior counsel, ACLU Voting Rights Project.

And, Samantha Kelty, staff attorney, NARF, said: “This injunction ensures that legislation designed to limit who can participate in this democracy will not come into force in 2022, and we will continue to fight to ensure that HB 176 and HB 530 never restrict natives. people’s right to vote in Montana.

“We are pleased that the court prevented these laws from burdening all voters in Montana, and especially Native voters who face additional barriers to accessing the vote, and we ultimately look forward to seeing these laws blocked in a meaningful way. permanent,” said Theresa Lee, director of litigation and clinical instructor, Election Law Clinic, Harvard Law School.