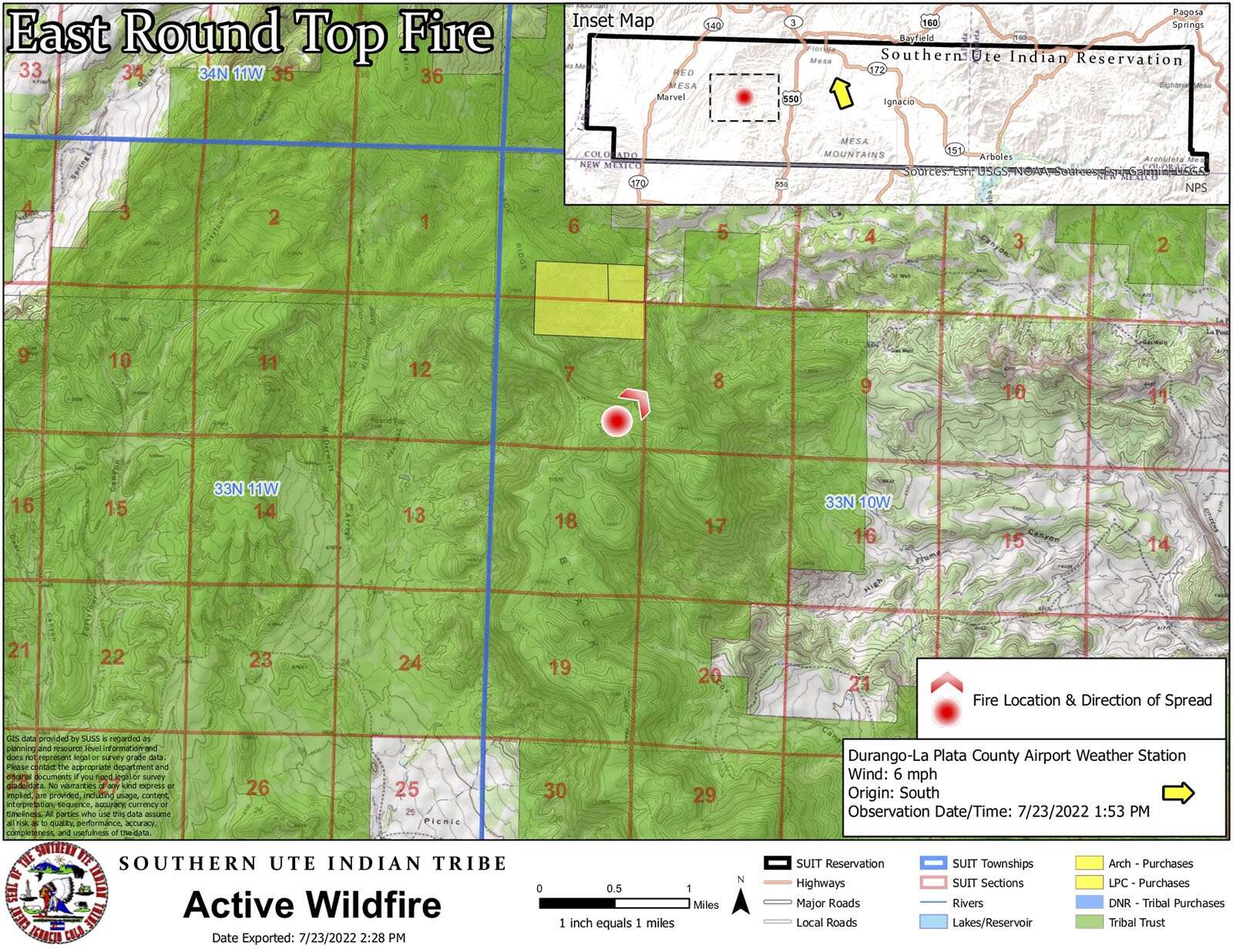 The cause of the fire is under investigation

A fire called the East Round Top Fire ignited and engulfed 5 acres of land in the northeast of the South Ute Indian Reservation on Saturday, prompting a response from multiple agencies in the area.

The Bureau of Indian Affairs, Southern Ute Agency Fire Management, Los Piños Fire Protection District, Fort Lewis Mesa and Durango Fire Crews responded to the blaze. They requested air support in the form of a Type 2 helicopter, a two-seater aircraft and a large tanker, according to a press release from the Southern Ute Indian tribe.

“Smoke is visible from the CO Hwy 550 hallway,” the statement said. “The smoke will be visible to local communities.

Air quality status can be checked at https://bit.ly/3onHdR1.

The cause of the East Round Top Fire is still under investigation, the statement said.

“The tribe is coordinating with local agencies to ensure public safety and minimize the impact of the fire,” it says. “The tribe is also working with oil and gas operators in the area to shut down facilities near the fire to mitigate any potential impact these operators have on first responders’ ability to contain the fire.”