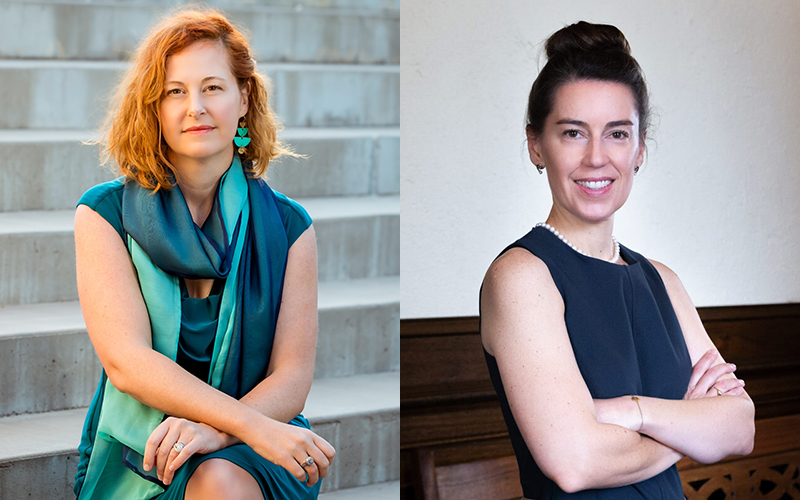 PHOENIX – Selso Villegas knows the criminal justice system well. His daughter struggled with drug addiction for years, so over the past decade he has cared for her grandchildren, including two grandsons who have been incarcerated. But as an American Indian, Villegas and his family face additional obstacles.

“We were conquered and we were put on reservations, isolated,” said Villegas, executive director of water resources for the Tohono O’odham Nation. “So I think our biggest problem for young men and women is that we’ve been robbed of our social development.”

Villegas’ grandsons are among a disproportionate group of American Indians held in prisons in southern Arizona. Data from the Safety and Justice Challenge — which is funded by the John D. and Catherine T. MacArthur Foundation — shows Native Americans are 1.8 times more likely than white Americans to be incarcerated in a Pima County jail.

Villegas blames colonization for the situation in which Native Americans find themselves today. 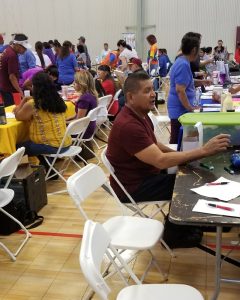 “We were conquered and put ourselves in reserves, isolated,” he said. “So I think our biggest problem for young men and women or men is that we’ve been deprived of our social development.”

Each year in the United States, more than 10 million people are imprisoned, according to data from the United States Department of Justice. According to the Safety and Justice Institute, about 75% of them are behind bars for non-violent offenses related to traffic, property, drugs or public order. And, since 2000, the Native American prison population nationwide has increased by 85%, according to the Prison Policy Initiative.

The vast majority of those incarcerated are awaiting trial, which means they have not been convicted of any crime. And a prison sentence for any reason can have a cascading effect.

“Even three days in jail can mean you lose your job,” Beety said. “It may mean that you are abandoning your children legally, so custody of your children could be in question.”

Danny Ortega, a Phoenix civil rights attorney, said the goal should be to keep people out of jail.

“Because we all know that when you keep people in prison, especially the poor, it really breaks down the structure of the community and the family,” he said. “There is just retraining of people in prisons and prisons.”

With a parent behind bars, he said, “then these children, because of poverty, start to deal with the adversity that their parents went through. Then they get involved in the same activity to survive, and so it’s all about survival.

That’s why Pima County in 2016 began reaching out to drivers of its prison population with financial support from the MacArthur Foundation’s Safety and Justice Challenge.

“Our primary strategies at this point were to safely reduce the prison population without impacting community safety,” said Kate Vesley, director of court services for Pima County. “And also to reduce racial and ethnic disparities in disproportionality and the justice system.”

The county has implemented solutions such as pretrial behavioral health diversion programs and warrant resolutions. The measures reduced the number of incarcerated and addressed some racial concerns, officials said. 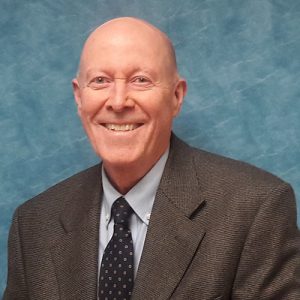 “It was down last year in the low 1,300s, which was a bit of an all-time low, because of COVID, and it’s been back up since then,” Pima County District Attorney Laura Conover said.

“The criminal justice system has been inherently racially and ethnically disparate, if not intentionally punitively focused on racial and ethnic minorities,” she said. “When we are honest about it, we make sure that our policies in the future take this into account.”

One is through the Warrant Resolution Program, in which county probation officers attempt to persuade some offenders who have skipped court dates to turn themselves in without the threat of jail time for failure to appear.

“These are the people who seem to be their own worst enemies,” said David Sanders, the county’s chief probation officer. “They are not necessarily a serious threat to public safety. And if they can be re-engaged in probation processing and supervision, they are far better off than living in the shadows, with a warrant pending, unable to work or participate in normal events in the community.

Villegas, as executive director of water resources for the Tohono O’odham, can use his influence to facilitate a relationship between the tribe and Pima County. He is a member of Safety and Justice Challenge and works on a variety of initiatives including warrant resolution.

“I encourage our tribal members, the Pascua Yaqui and indigenous peoples that I know who have mandates,” he said. “When I see them, I say, ‘You have to go to Pima County and tell them you want to settle your own non-appearance’.” 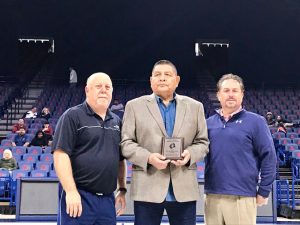 Yet Pima County still has a long way to go in addressing racial disparities.

“We’re just beginning to dig into the systemic impact that over-policing and over-incarceration has had on communities of color,” Vesley said.

The county tracks racial inequality at various stages of the criminal process. For example, the 2020 Pima County Probation Annual Report shows that Native Americans make up 4.4% of the county’s census rate and probation population, but they make up 6.3% of probation revocations.

“We had never looked at it (race), and the MacArthur grant kind of opened our eyes,” Sanders said.

“In theory, our revocation rate shouldn’t be higher than our census rate, and that’s our goal,” he said.

“There are very few people in our country who are truly advocates for change, and I’m one of those people they want to advocate for change because they’re members of the community,” he said. declared. “And we need them to come home. There are 9.7 million of us left; each of us matters. By 2030, we may not have that number.