Which of the following was a military victory for Native Americans?

Which of the following was a military victory for Native Americans? This question will likely be asked in your history quiz on Native American Wars. This is a multiple-choice question, and you might have them consider:

Of these choices, the correct choice is D – Battle of the Little Bighorn. In this article, however, we will delve deeper. There will be detailed location and significance information. So, if you want a complete understanding, read till the end.

What is the Battle of Little Bighorn?

This is a battle between the US Army’s 7th Cavalry Regiment and the combined forces of the Lakota Sioux, Northern Cheyenne, and Arapaho tribes. It was fought in the Southeast Montana Territory from June 25–26, 1876.

Where did the Battle of the Little Bighorn take place? 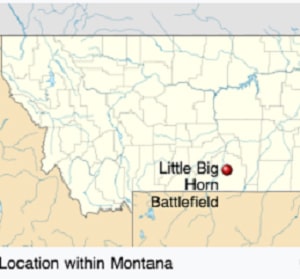 The battle took place along the Little Bighorn River, hence its name.

This river stretched 138 miles in the states of Montana and Wyoming. It crosses a deep canyon and emerges on the plains at the border between Montana and Wyoming. From its canyon, the river flows north and crosses the Crow Indian Reservation. It passes through the towns of Lodge Grass, Wyola and Crow Agency. Then it joins the Bighorn River through the town of Hardin.

Today the site of the battle is marked as the Little Bighorn Battlefield National Monument 5.8 kilometers south of Crow Agency on the east side of the river.

Why did the battle take place?

The battle was part of the Great Sioux War of 1876, also commonly referred to as the Black Hills War. The United States wanted to appropriate the Black Hills, because gold had been discovered there. American settlers crept into Native American lands and Natives fought back to retain their property.

Who won the Battle of Little Bighorn?

While not the greatest Native American victory against the American military, it was indeed a landslide victory.

US Commander George Armstrong Custer, his two brothers and his brother-in-law were killed. 268 soldiers died with them and 55 were seriously injured.

On the other hand, the native death toll was estimated to be only 135 and 160 were injured.

Who were the leaders (on both sides)? 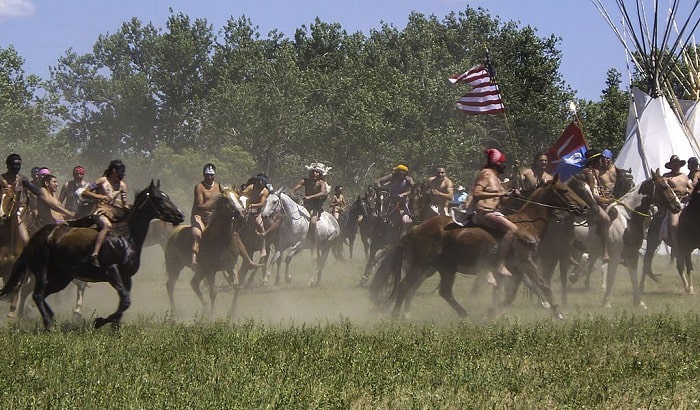 On the Native American side:

For the Lakota Sioux Tribe:

For the Dakota Sioux Tribe:

For the Northern Cheyenne Tribe:

On the side of the American 7th Calvary Regiment:

What are other names for the Battle of the Little Bighorn?

For the Lakota tribe and other Plains Indians, the battle was called the Battle of the Grass. Today, historians also call it Custer’s Last Stand.

What happened during the Battle of Little Bighorn? 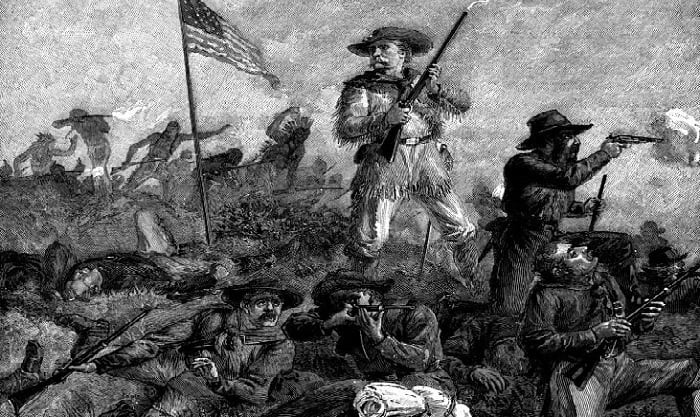 However, the Native Americans who spotted his trail actually left without notifying the rest of the village. Thus, the size of the village was very large. The scouts warned Custer of this, but he believed they would split up and scatter, and he proceeded to attack.

In the end, the United States was defeated and Custer was killed.

What happened after the battle?

Right after the battle, the village of Little Bighorn split into small groups and dispersed to ensure there was enough grass and game to sustain people and horses. They celebrated and feasted. Many of them have also returned to their reserve.

Even though the Native Americans emerged victorious from the battle, this battle was the beginning of the end of the “Indian Wars”. Since then it has been referred to as “the Indians’ last stand”.

In October 1876, the United States mustered about 2,000 men and marched into another battle, with General Nelson A. Miles in command. On May 7, the Great Sioux War of 1876 ended. Miles defeated the last band of the Miniconjou Sioux.

What is the site of the battle now?

Currently, the site of the battle is preserved as the Little Bighorn Battlefield National Monument. Before that, however:

Was the Battle of Little Bighorn the last great Native American victory?

No. The Battle of Little Bighorn was not the last great Native American victory over the American army. Nevertheless, it is worth learning.

Which of the following was a military victory for Native Americans? As you’ve read, the short answer is the Battle of the Little Bighorn. This battle took place along the Little Bighorn River from June 25-26, 1876. It was between the U.S. Army’s 7th Cavalry Regiment and the combined powers of the Lakota Sioux, Northern Cheyenne, and Arapaho tribes. The Battle of Little Bighorn was part of a larger conflict: the Great Sioux War of 1876.

I hope it has been interesting and informative. Leave your thoughts and questions below in the comments. Please help us share this with other readers like your classmates as well. Thanks!

I’m Everett Bledsoe, serving as Content Producer for The Soldiers Project. My goal in this project is to give honest opinions on the hardware used and tested over time. Of course, you can’t go wrong with our information package and guide, as it comes from trusted sources and years of experience.

Inside the nation’s only abortion fund for Native Americans